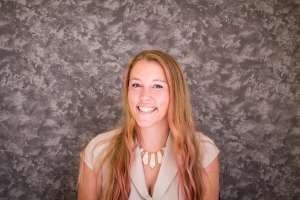 Jaime McKay is a transportation planner with WSP and is embedded within the Maryland Transit Administration’s Office of Planning and Capital Programming. Jaime focuses primarily on accessibility, outreach, and local transit support, and assisted with the launch of BaltimoreLink, the largest bus network redesign in Baltimore in decades. She has been involved with YPT since 2016 serving multiple roles for her local and international chapters. Jaime and her team won the 2016 YPT Project of the Year Award for their work on GTFS expansion in Maryland, and she has been recognized as an ACT 40 Under 40 Recipient.

Jaime received her Masters in Geography from the University at Albany, and was introduced to the wide world of geography as an undergraduate at Geneseo. Originally from Ballston Spa, NY, she’ll argue until the sun comes up about what qualifies as “upstate” New York, and she is an avid cyclist and hiker. Jaime loves trains and has a one-eyed cat named Linus, who you can meet on Twitter.

This site uses Akismet to reduce spam. Learn how your comment data is processed.